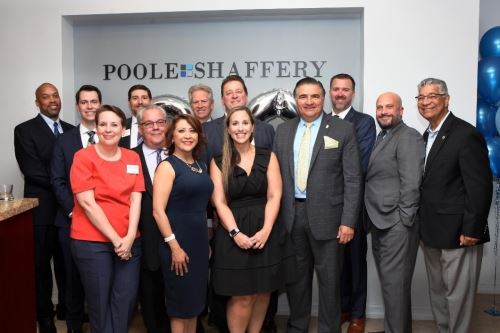 Poole Shaffery ’s 20th Anniversary symbolizes the firm’s tremendous growth as well as its ongoing mission to serve the local community. Poole Shaffery takes great pride in serving as “the law firm for your business.” In its first 20 years of operation, the firm has expanded to include 21 attorneys and five offices throughout the State of California. There’s no stopping there, as Poole Shaffery remains focused on continual expansion over the next 20 years and beyond.